Posted on May 9, 2016 by hendersonintraining

Poetry captures events, evokes emotions, and draws us into the happiest of times and the saddest of times. Jerric Atienza, in his poem “Little Troops”, captures the event and emotions of  warfare, something that many of us are far removed from currently. When reading his poem, one feels the paralyzing fear of a surprise attack…

With a raid imminent,

on the little troops,

on most little troops,

on some little troops, 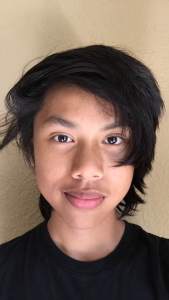 Jerric Atienza, a 7th Grade Honors student at SMS, is a creative, disciplined student who carefully selects words in his writings. I’m excited to share this poem next year when teaching WWII, The Diary of Anne Frank. Proud of him! -Ms. Angela Henderson